We seem to have suffered a small spate of thefts here on the smallholding. 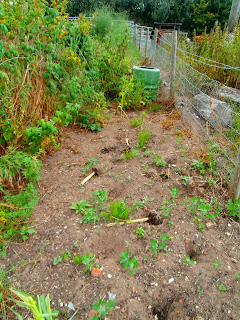 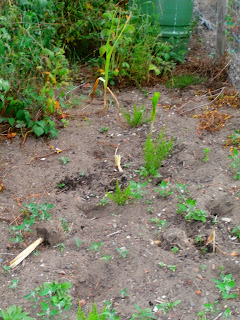 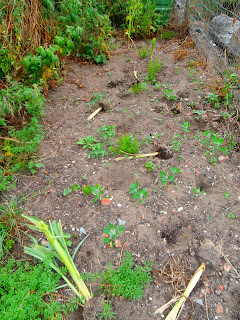 Now I love sweetcorn, it's one of my favourite crops in the veg patch.  Get the water boiling on the stove then go and pick a cob or two, drop it straight into boiling water, then eat with lashings of salted butter, until it drips down your chin, ~Yummy!

So I was rather annoyed to say the least to find this had happened.  It's a patch of land next to the fence, behind the raspberries and next to the muck heap, that I thought would be perfect for the sweetcorn, a patch out of the way where they could grow and not bother anyone.  It seems that something has bothered it though.  My husband didn't know anything about it; it wasn't rabbit damage, so it was quite puzzling for a while.

Until ..... Somebody came to say hello over the fence when I was in the veg patch 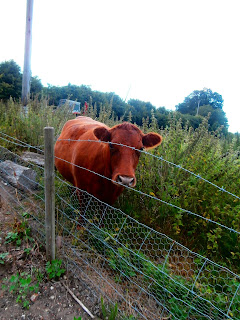 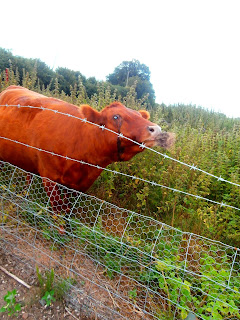 What is she like!  That'll teach me I suppose.