Visiting Brian and Jane Parkin at Oak Tree Farm, Shelton, South Norfolk on Tuesday 20th August 2013 makes me wonder if I'll ever visit them here again.  Oak Tree farm is an 18 acre smallholding all down to grass, with a wind turbine, two polytunnels, an outdoor veg patch, orchard, wildlife areas and outbuildings. 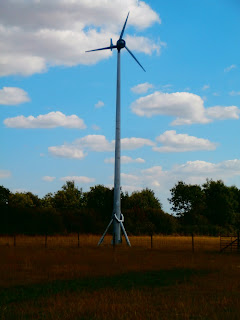 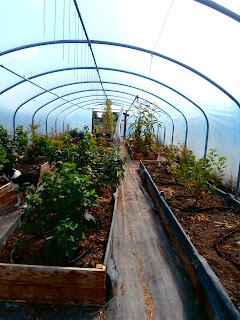 In 2014 it will be ten years since they started their smallholding journey and are almost ready to sell up and move on.

I'm sure the pair of them will look back on the experience with a lot of memories, both good and bad, and recognise how much hard work they put in over the ten years to achieve their dream. 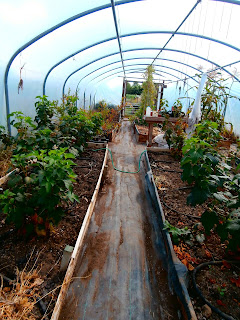 The pair met in Wiltshire and then moved to South Norfolk to be nearer family.  Oak Tree farm was purchased and the realisation of Brian's dream was about to start.  Jane freely admits that she had rather a chocolate box view of smallholding and she really didn't know how she'd feel when it came to eating her first 'home grown' animal.  That first one soon came around as a small flock of Soay sheep were purchased, duly lambed and fattened.  She recollected spending hours trying to catch the lamb in the field; this was pre-sheep dog days; then breathed a deep sigh of relief when it was eventually caught and on its way to the abattoir, only just in time.  She cooked a leg joint first and when it was time to sit down and eat, she spent the whole time trying to eliminate the picture in her head of a three legged lamb hopping around the field.  What she hadn't considered was the taste, it was fabulous, she recollected to me, 'it tasted so good, that after that I was fine,' she said.  She still readily admits that she won't miss that side of smallholding. 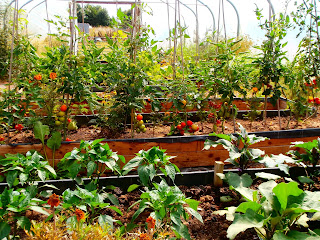 Four Large Black breeding sows then arrived and soon after a boar.  In their naivety they put the boar in with all the sows and after the allotted gestation period had 38 piglets!  It was then they realised they needed a market for all of them.  They managed to get rid of 21 of them through the Large Black pedigree society, Norfolk Smallholders group and various other ads, but still had 17 to deal with.  A number of freezers were purchased pretty darn quick.  Batches of five were sent off at intervals and came back from the butchers frozen, but un-labelled and un-priced.  This she managed to sell through the farm-gate and neighbours/friends. 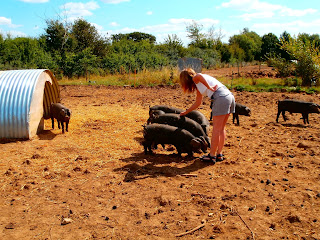 The previous owners had utilised the place as a livery yard and it wasn't until they ploughed up the old outdoor school that they realised how bad the soil was, thick, heavy, sticky clay.  The plan had been to use the area to plant daffodil bulbs, harvest the flowers and bulbs every year and sell on, the clay soil soon scuppered that idea.  The soil also determined that they had to have raised beds in both the outdoor veg patch and polytunnel; the outdoor veg patch soon became overgrown with weeds, a waste of £500 worth of seeds the first year and they didn't even have a single runner bean to show for it. 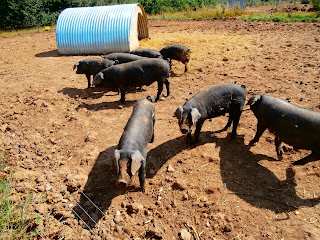 The clay soil has been a massive factor in everything they have undertaken; in fact for the first time last winter they put all their livestock indoors.  Last winter was terrible Jane recollected, the land was un-walkable, the water pipes froze solid, certainly no good for keeping pigs on, they even sold a few sows to alleviate part of the problem. 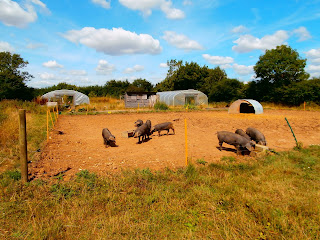 They began starting to sell their produce in 2006 at Farmers markets, initially just veg, their meat was still being sold out of the farm-gate.  At this point each sow was down to one litter per year as they really didn't have the outlet. They found that there was not a lot of profit in veg.  The veg stalls at markets are always busy but they are not high value products and it is a huge amount of work, picking and packing, with a high initial set-up cost with calibrated scales etc.  Disaster struck as one February the rabbits got into the plot and demolished the lot, all that survived was the leeks, it meant that as they were doing only two markets a month at that time, that they had no income for a whole month. 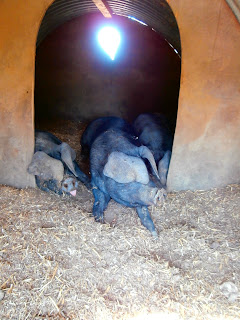 A stroke of luck did strike them though, the pork producer at Southwold Farmers market stopped going, they stepped in and their takings quadrupled.  A chiller cabinet was purchased which meant they could sell fresh meat and were shifting a pig a week; three markets a week are now satisfied, at least until the end of the year. 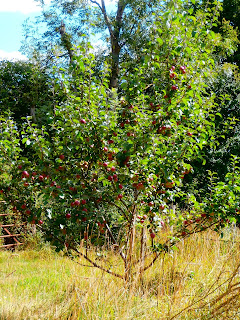 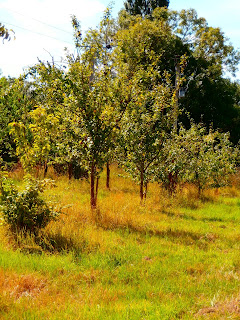 Jane recollects that one winter she had seven pigs at slaughter weight and didn't know how she was going to shift them.  She told me a story about how her father had left her a table, that was worth quite a bit of money and she wanted to invest that money.  The idea of hog roasts was born.  Her first lucky break was an offer of work from the company who sold her the hog roast machine.  There was nobody in the area to fulfill the booking - their first hog roast was booked.  They are busy at all kinds of events now with their hog roasts - Weddings, 40th Birthday parties, foodie shows and festivals. 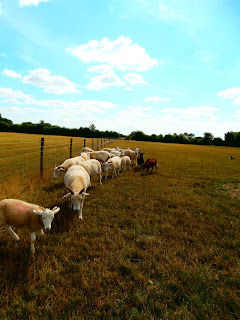 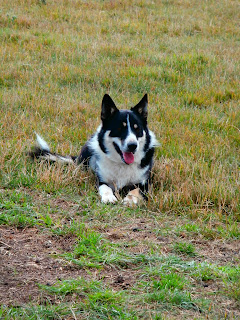 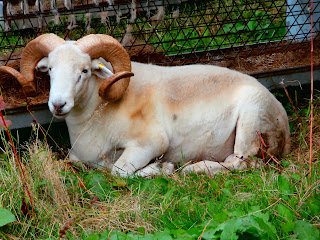 Their Wiltshire Horn sheep and Collie dog, plus the last two remaining Soay's

So the ten year plan is nearly up.  They have achieved what they set out to do and that was make a living out of smallholding.  But there are other things on the cards for Brian and Jane, they want to travel, live a little (live a lot!), spend some time with each other.  As Jane said to me, neither of them want to keep going at this pace, last winter was just dreadful and neither of them are getting any younger!  So its off to pastures new, hopefully Cornwall to do holiday lets, glamping that kind of thing. I wish them well in whatever they decide to do, I'm sure it will be a success.
Posted by Angela Blackburn at 21:47