Had a right good, and yet another, tidy up this weekend.

The brassica end of the garden had become overgrown with weeds, which had grown to the same height as the brassica's, unfortunately not putting off the Cabbage white butterflies, who flew in earnest and dogged determination to find their 'prey'.  So we set about pulling out the weeds and eventually saw the fruits of our labours in some fabulous looking brassicas.  We were delighted.  We won't starve this winter. 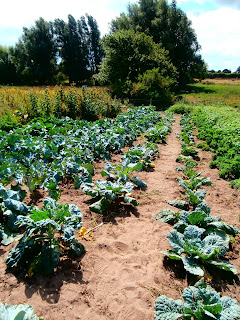 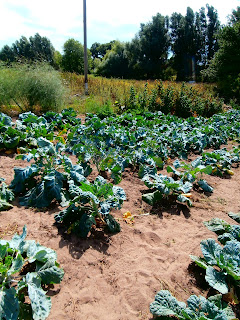 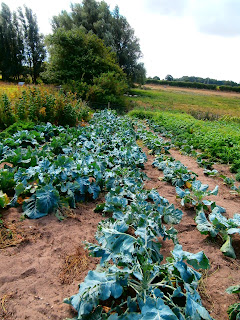 Unfortunately they haven't survived the onslaught from the cabbage white's so at least another hour or so was spent squashing newly hatched caterpillars and smothering yellow clutches of eggs.

The next task was tidying up the tomatoes in the polytunnel, again.  I seem to be forever in there!  I don't think I'd remembered how labour intensive tomatoes can be.  The plants are overflowing with fruit and as a result getting tremendously heavy,  the stems are really struggling to cope.  I waded in with yet more canes and copious amounts of string, taking off unwanted leaves and side shoots as I went.  Due also to the amount of fruit on them I took off the tops to stop them producing any more. At least half of the plants had completely fallen over, the existing canes either snapped at soil level or just not man enough to cope with the weight.  Emerging two hours later, the polytunnel was tidy and happy again; I on the other hand needed to take a scrubbing brush to my hands! 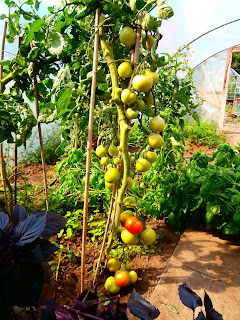 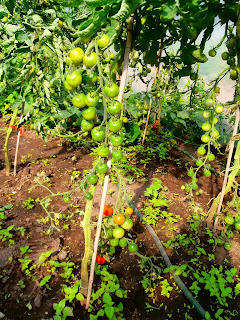 Well pleased with the toms this year though, looking forward to eating them!  Have also declared I am no longer eating supermarket tomatoes, they are expensive and tasteless, rather just have a green salad.