Now I've been mentioning that we are going into new ventures this year, and I can now reveal what one of them is!  Cut Flowers.

You already know that we have planted daffodil bulbs which will be part of the new enterprise, but I have decided to go into doing flowers for the cut flower trade.  I have spent numerous hours researching which cut flowers to grow, spent hours in the library and then trawled through various seed catalogues, (never a wasted moment spent there I find!), to see what's available and I still haven't got an indefinite list - there's so much choice!

I don't know if you've watched the Great British Garden Revival TV programme, an excellent series on all aspects of gardening, that are sorrowfully in decline, but they covered the decline in the UK cut flower trade in some depth.  Apparently people are wanting British home grown cut flowers now as well as home grown veg and meat.  This wasn't where the idea came from, but it did convince me that it was a good idea.

Part of this new venture is also to install some herbaceous beds in the garden, currently the garden looks like this - 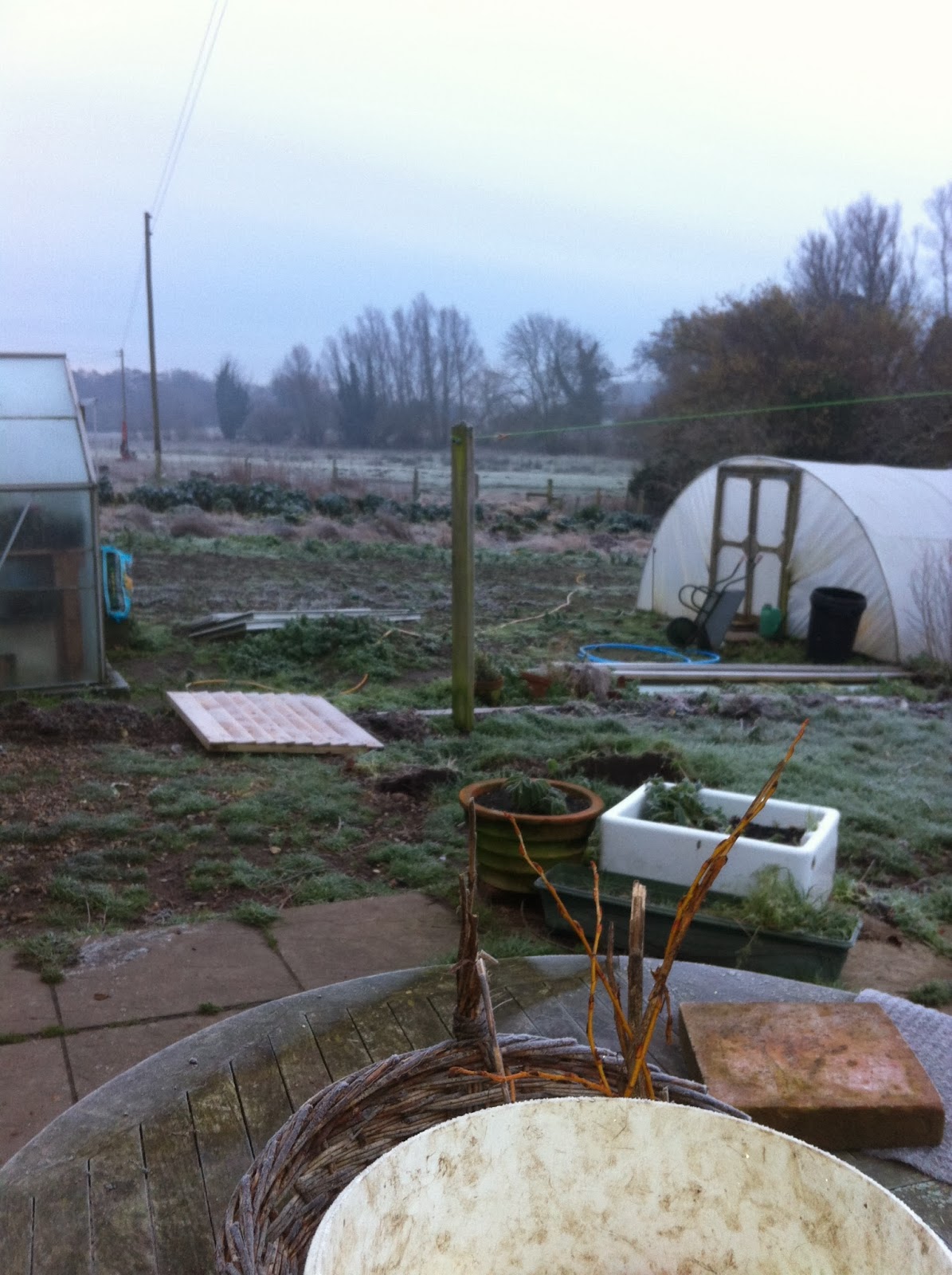 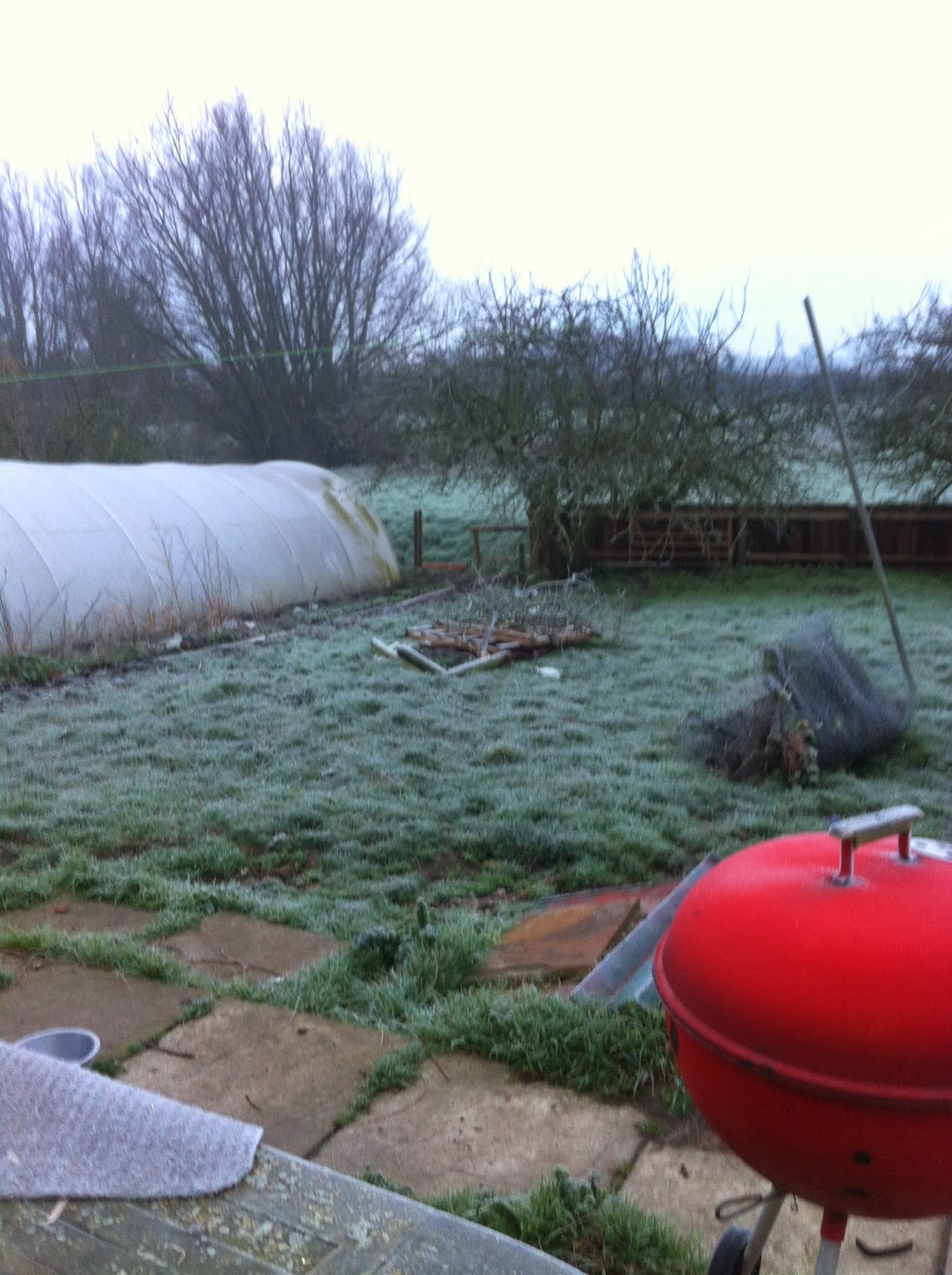 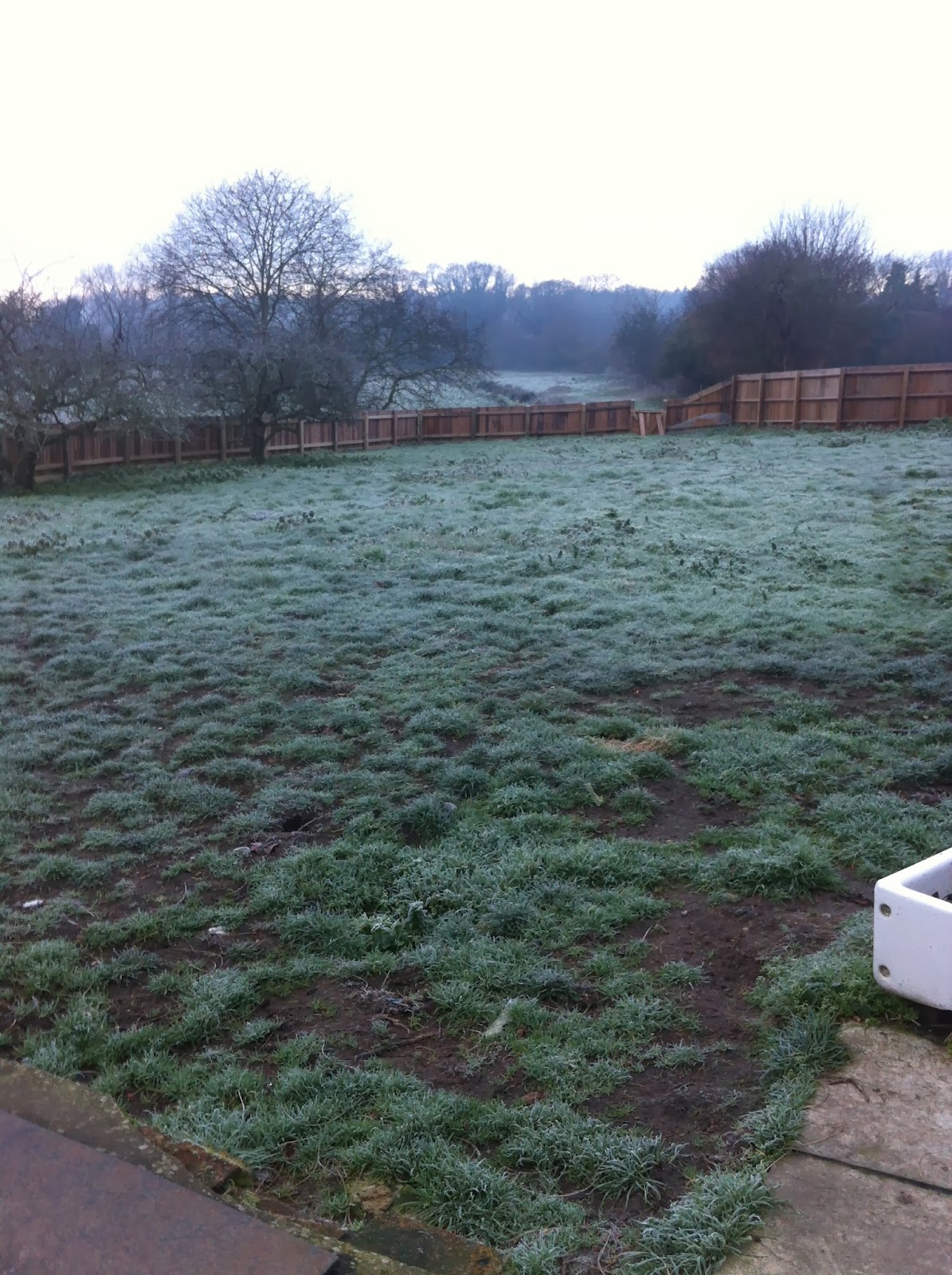 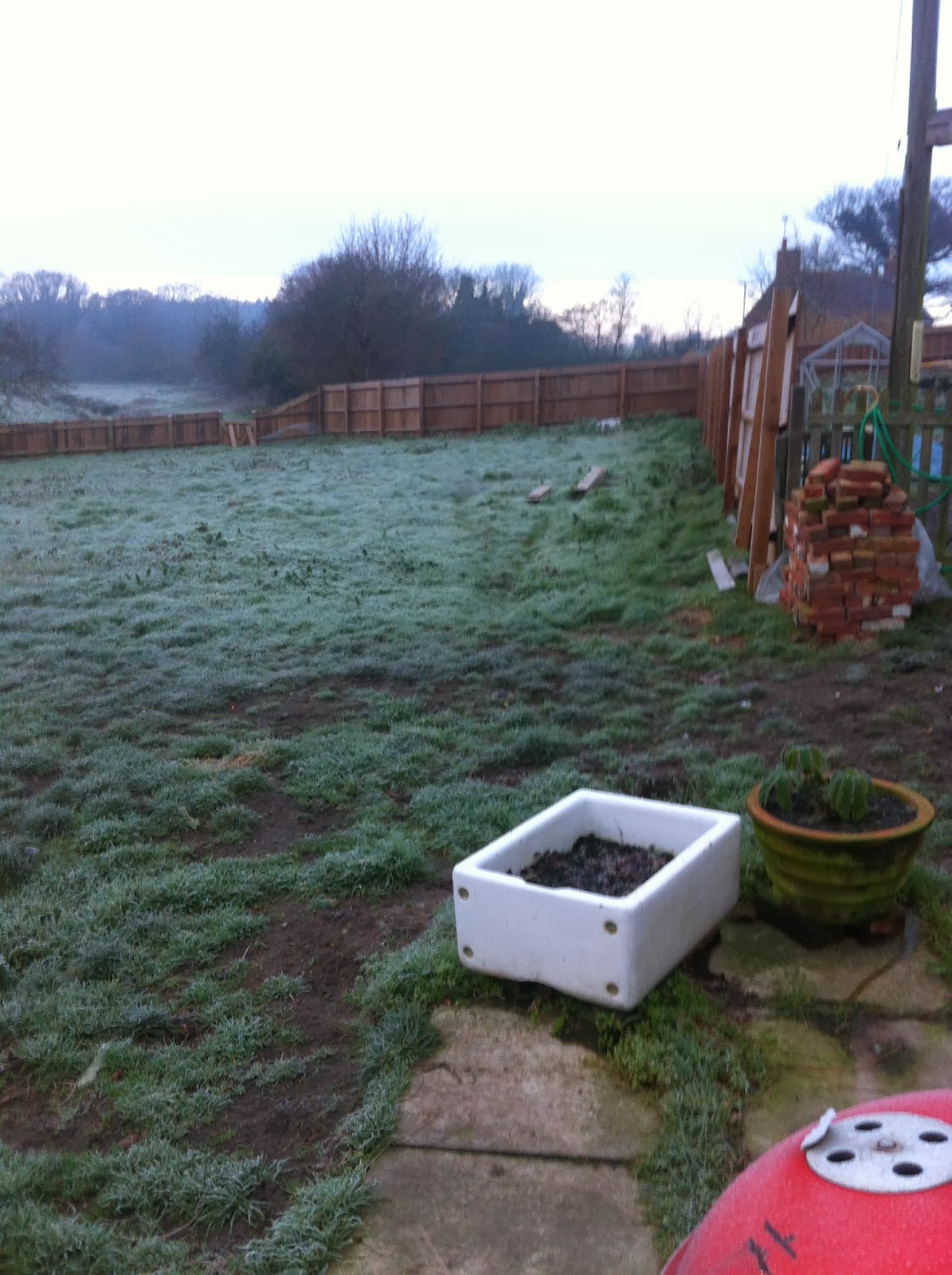 This is the view from the patio, this morning, the back door is behind me.

So you can see I have rather a blank canvas.  The fence down the side of the veg patch is in the process of being replaced with some more closeboarding like is already in place.  I'd like to put in several large borders, especially down the long side along the fence line (see bottom picture).  This will enable me to have perennials from which to collect more cutting material as well as from annuals in the veg patch.

If you have any ideas on design etc, they would be gratefully received, as I'm no garden designer!