It came round to that time yesterday when we said goodbye to two good friends - the pigs went off to the abattoir.  I don't know about you but I hate it when you have to do it.

We discussed keeping the two girls for breeding, as they were such wonderful natured pigs, but we didn't think that a pig breeding operation would be viable as there are so many other people doing it and pig feed being so expensive, so off they went.

Loading was easy.  We backed the trailer up to their compound and I scattered pig nuts down the ramp. Having not fed them that morning, they were hungry, so just scoffed nuts all the way up the ramp until they were in! 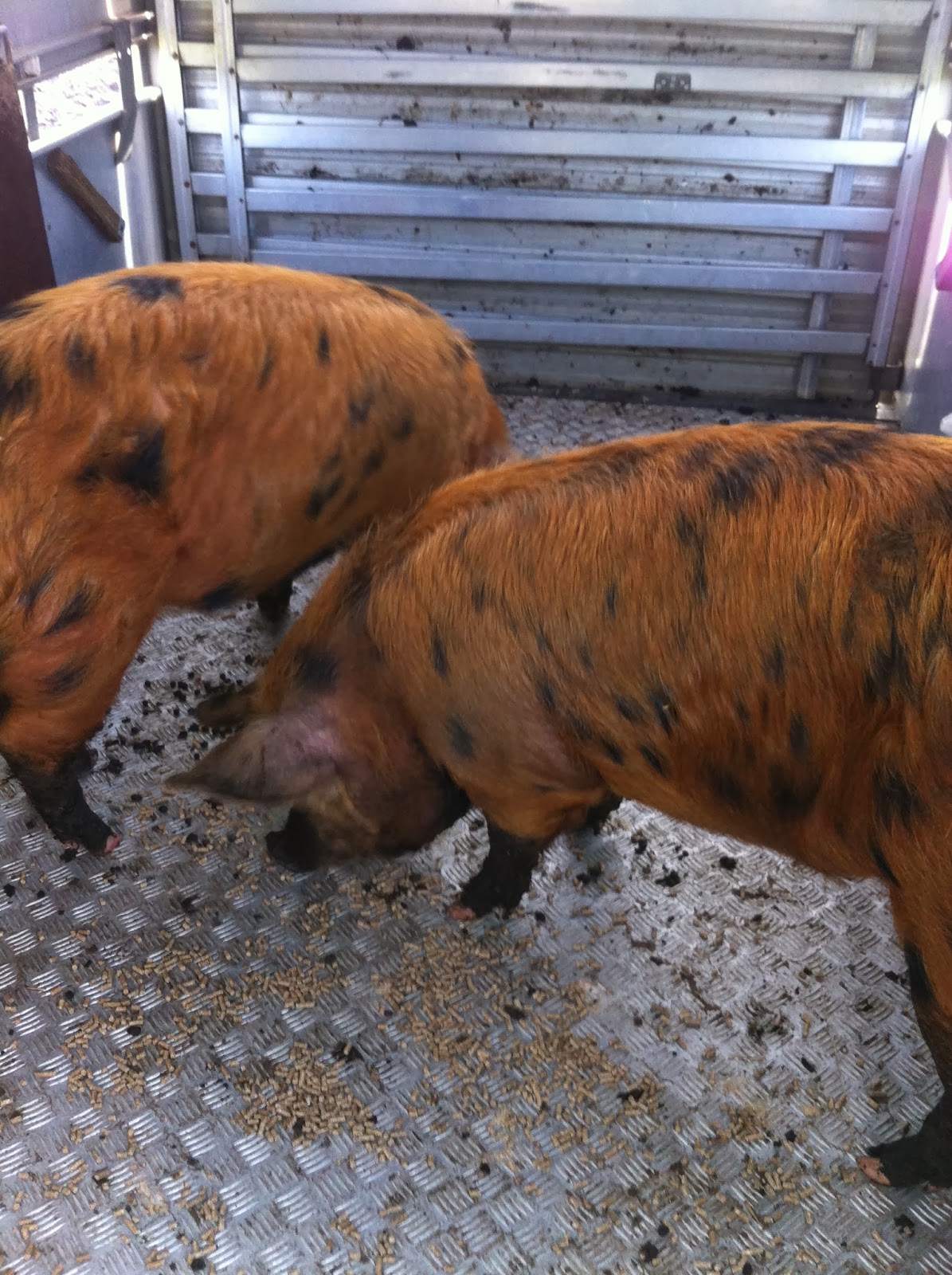 And Yes, these are the same pigs we bought in July - see the post from last July when we first brought them home! 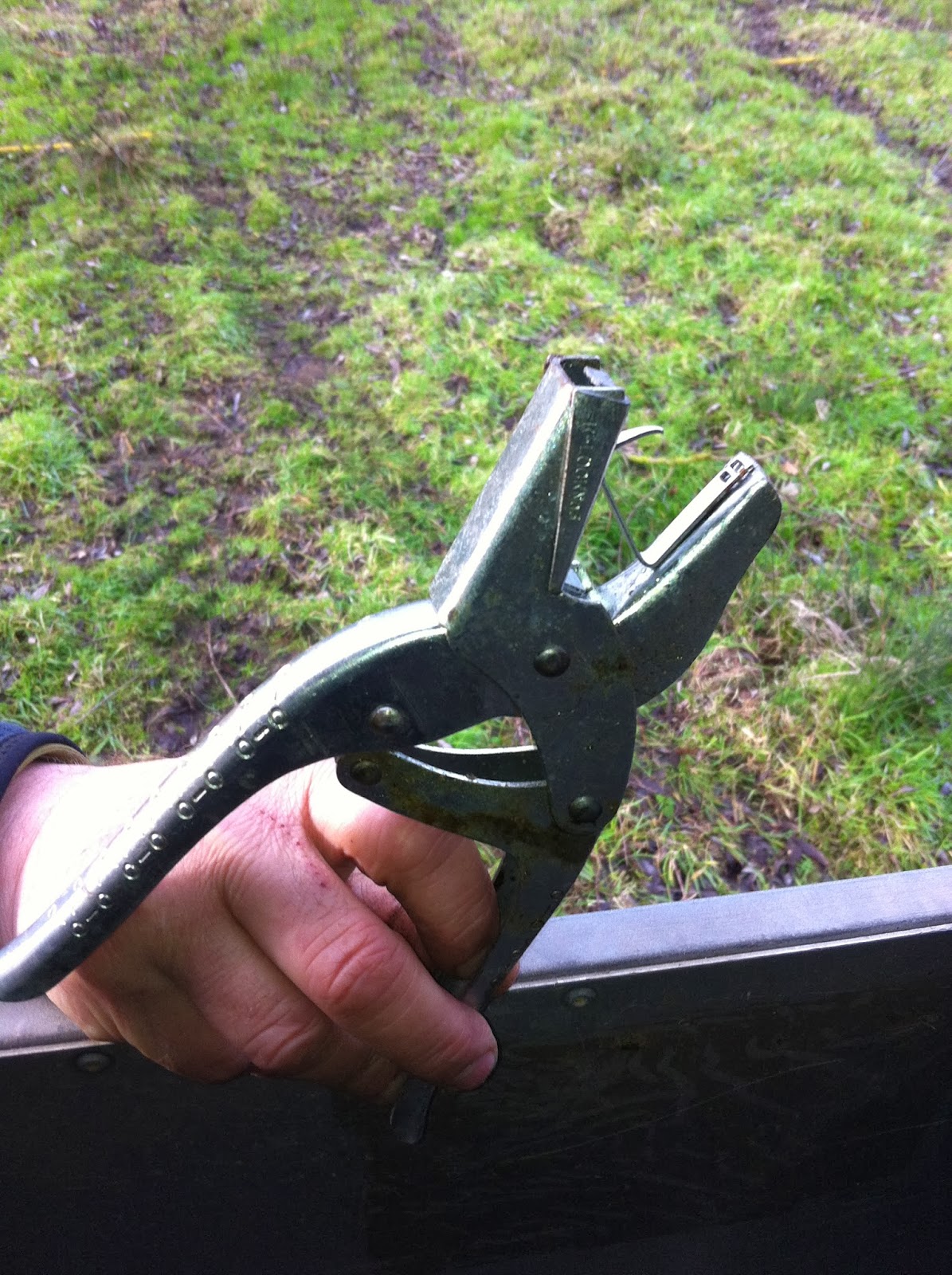 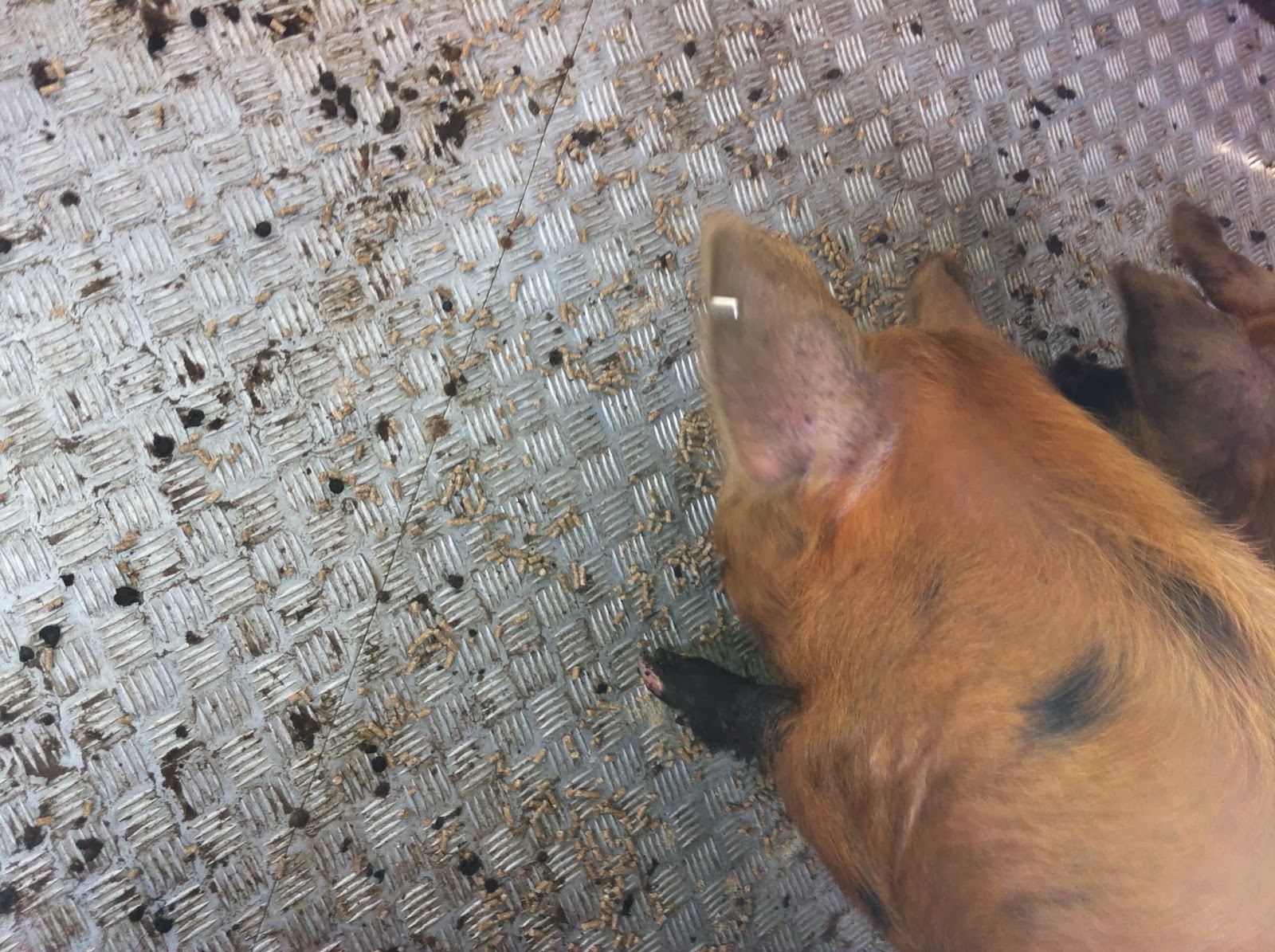 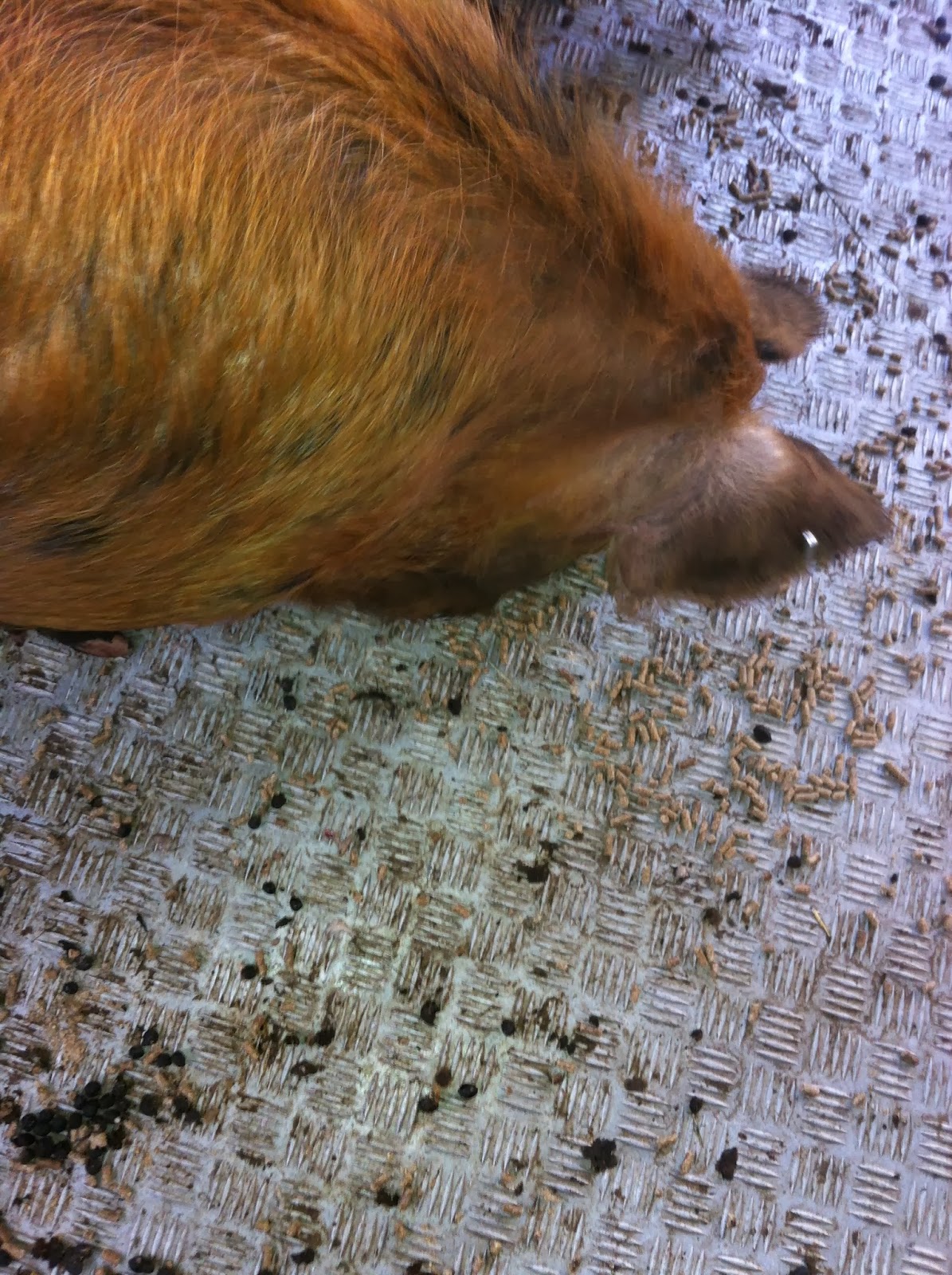 Both tagged - lets hope they stay in until they get to the abattoir!

And then they were off - 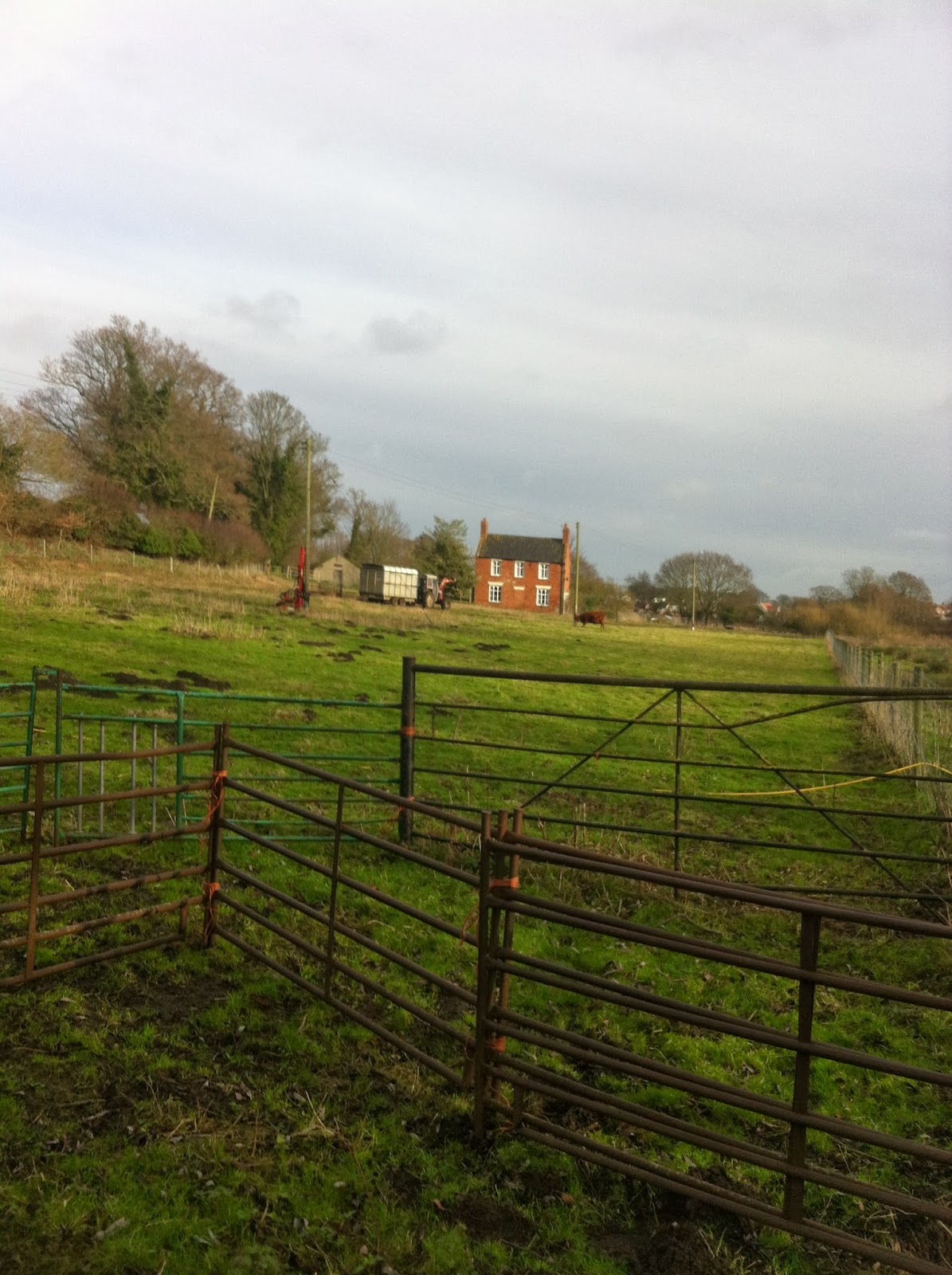 Michael exchanged the tractor for a 4x4 once out of the muddy field and that was it.  The butcher told me he would be sorting them out on Monday, so probably by the end of next week/beginning of the following week I shall be collecting a whole heap of lovely home-grown, tasty pork - can't wait!

Posted by Angela Blackburn at 19:59