We had already bought a 'net of first early potatoes before I went to the Potato day at Stonham Barns last weekend, so they have sitting, chitting quite happily in the office and are now ready to go in the ground.  The variety is Duke of York, a very old, high quality Scottish bred potato.  They are an excellent first early, boiling potato, quickly maturing into a good all-round potato as the season progresses.  Shall look forward to trying them, can't remember that we've had them before. 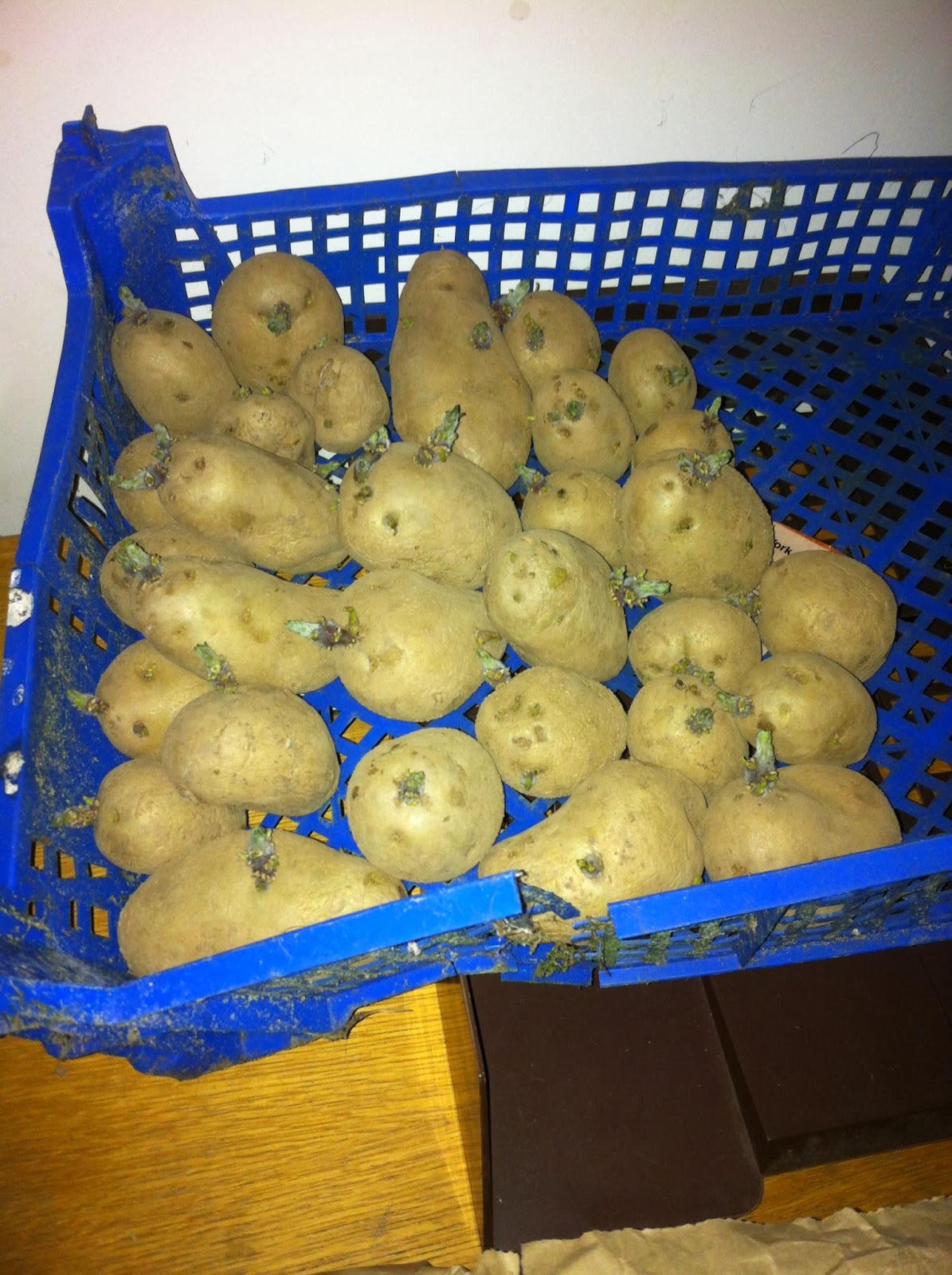 Potatoes bought from the Potato Day were researched for their high resistance to Common Scab, which on our sandy soil we suffer from quite badly.  On entry to the Potato day I purchased  - 'A guide to seed potato varieties', by Alan Romans, and it's thanks to him that I was able to do the research, something I've never done before, so I shall be interested to see the outcome.

Common Scab is a bacterial disease that affects potato tubers particularly in dry soils when the tubers are forming and growing.  It doesn't affect the yields of the potatoes, but does affect their saleability, rendering tubers unsightly.  We live with it here, but try and get as much manure into the soil and water like mad whilst they are growing to try and alleviate some of the problem.

Arran Pilot is the other first early I've got, again an old variety, probably classed as Heritage by now.  Again a Scottish bred potato, bred by Donald Mackelvie, a potato breeder on the Isle of Arran (hence all 'his' potatoes are pre-fixed Arran).  It was hugely popular in the commercial world for approx 30 years, but earlier 'earlies' have taken its place.  It's a good boiler, not disintegrating to mush if over-boiled, but sizes do vary.  This should be a good variety for me as I do have a tendency to over boil them.  Looking forward to tasting these.  I may even plant these non-chitted as a trial, to satisfy curiosity and something that I have just read too, but more on that later. 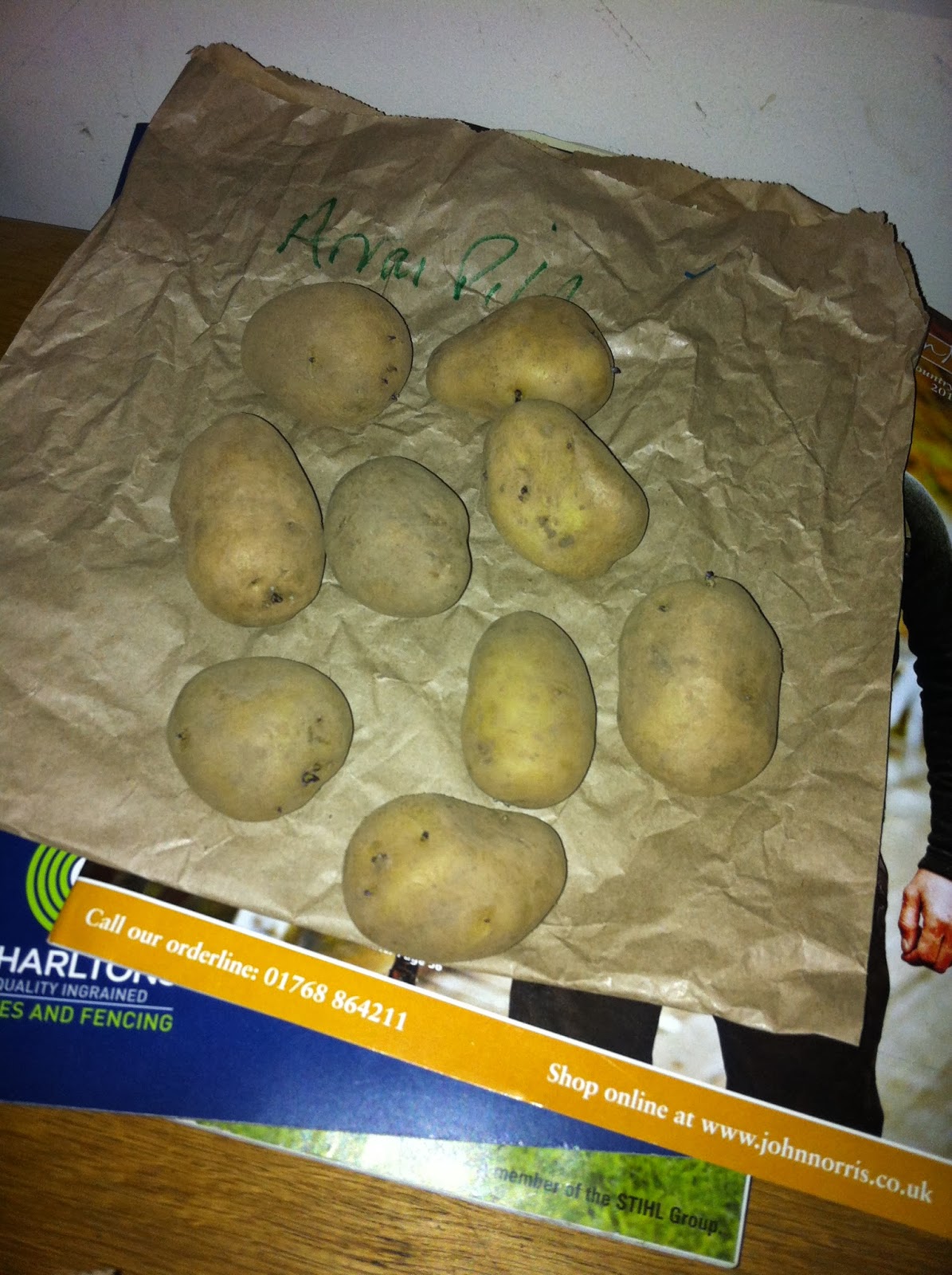 Posted by Angela Blackburn at 20:38