Today has been the day when I feel that we have made a start in the veg garden, or garden full-stop really, for 2014.

Michael has dug over and added manure to the two beds in the polytunnel, ready for one side to be filled with new potatoes. 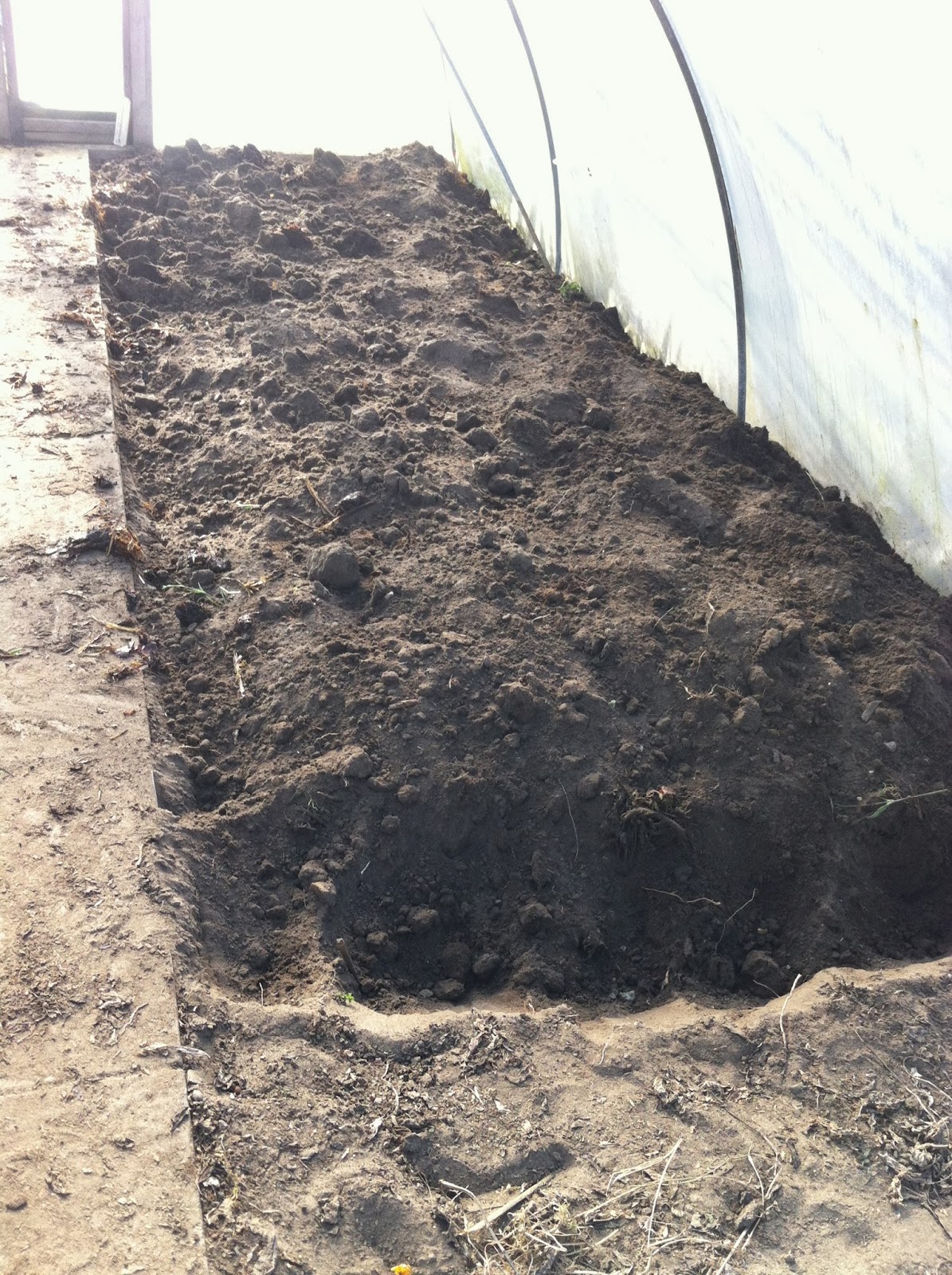 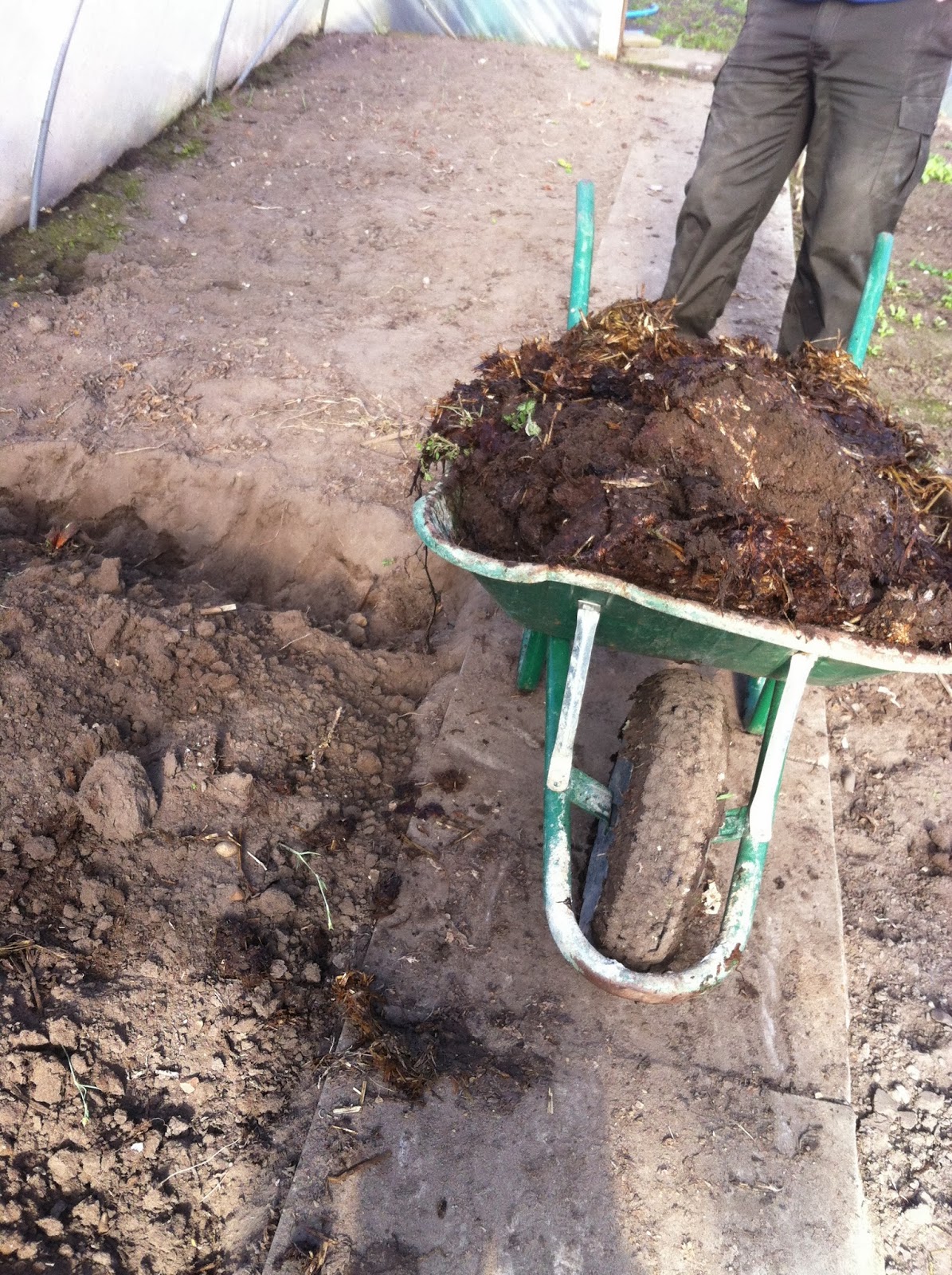 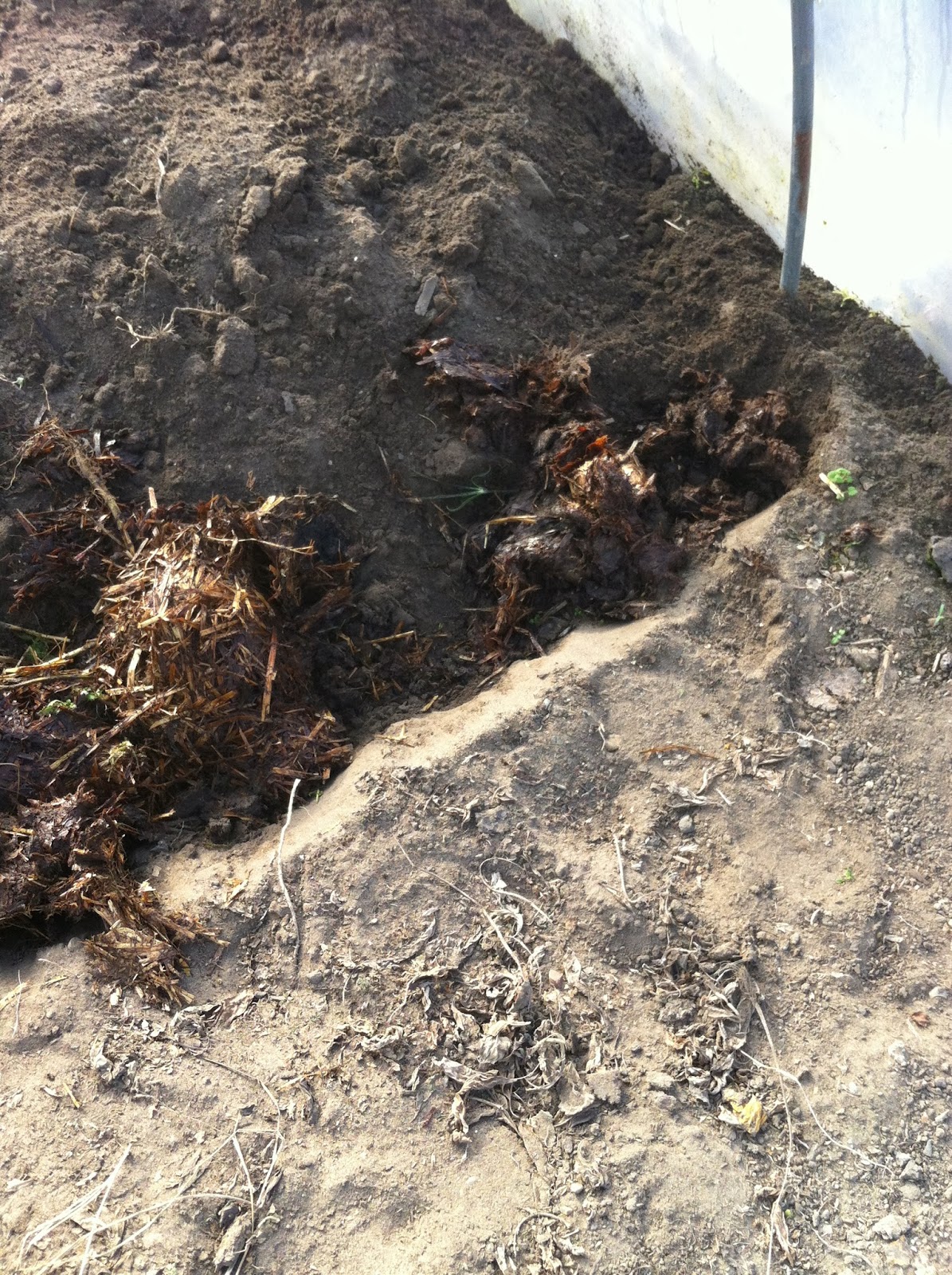 I have weeded the microgreens, also in the polytunnel, which are coming on a treat - 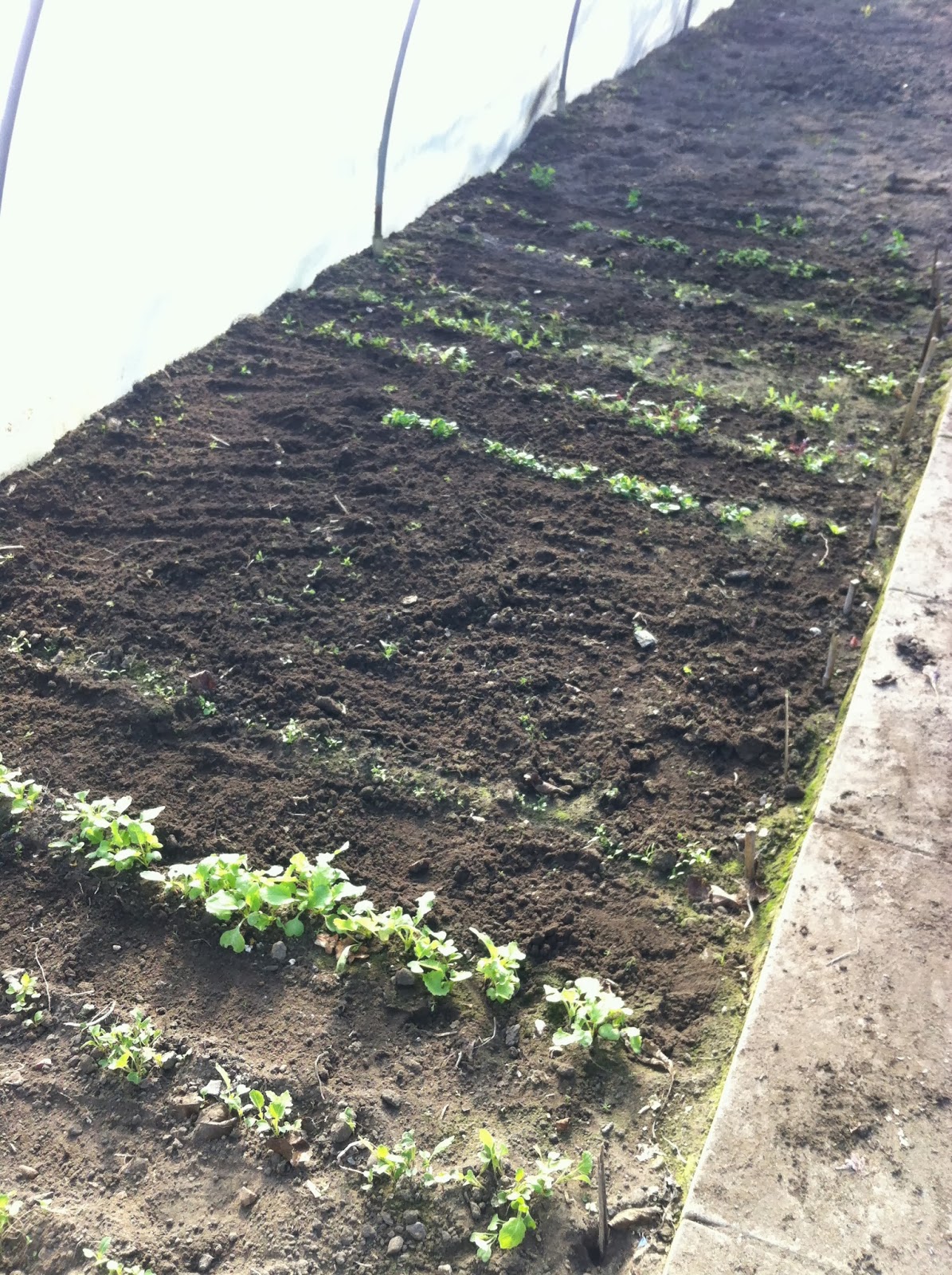 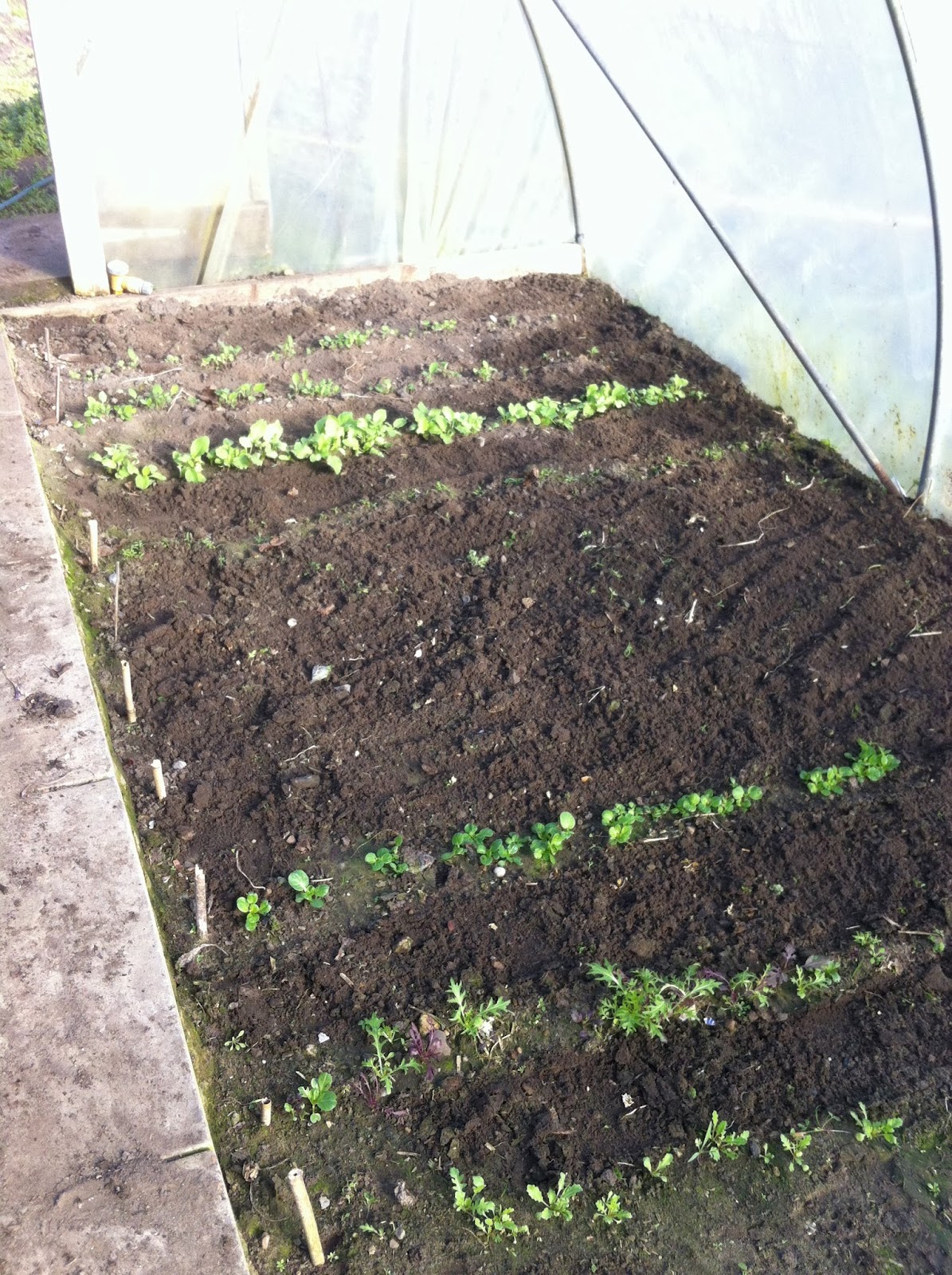 Apart from a few rows in the middle, which were Beetroot, Chives and Basil, plus one row of Rocket which hasn't grown, all the rest are doing just fine.  I'm well pleased.  Some of these I may leave to grow on, especially the salad leaves as Michael is beginning to moan about not having any salad's recently - partly due to the fact that I won't let him buy tasteless tomatoes and cucumbers from the supermarket!

I also did a few tidying up jobs - collecting up some smashed glass from under the fruit trees in the veg patch, where a cold frame had been; moved some left over Laurel plants - left over from a job of Michael's, which will come in handy for my Laurel hedge that I've been wanting for years, am also going to do some Topiary with it too, if the plan comes off; plus I've made a start on the hoeing, which already makes the place look better.  I even cleaned out the three chicken sheds.  So I feel good tonight that things are moving in the right direction, I can go to bed happy and tired tonight - the weather helped too, it's been gorgeous and sunny all day.  Already looking forward to see what I can accomplish tomorrow.