To chit or not to chit

Now having bought some seed potatoes from the Potato day (see my earlier post), I only had a week to chit them before I was planting the other, previously bought and chitted first early seed potatoes.  So it made me wonder if chitting really mattered.  What is chitting anyway?

Essentially chitting is sprouting, exposing the seed potato to light so that shoots develop, it is the start of growth for the seed potato.  Green shoots as opposed to white shoots are preferable as these are stronger, white shoots are very brittle.  This process gives the seed potato a head start, before going in the ground, it also means that potato crops will be ready earlier; it is in fact an ageing process.  Chits are the stems of the new plant, off of which your new crop of seed potatoes will grow.

To chit your seed potatoes they need to be laid out in a cool, well lit room, with their eyes, or small sprouts upper most, to let the chits grow strong and green.  Different varieties produce chits at different rates. 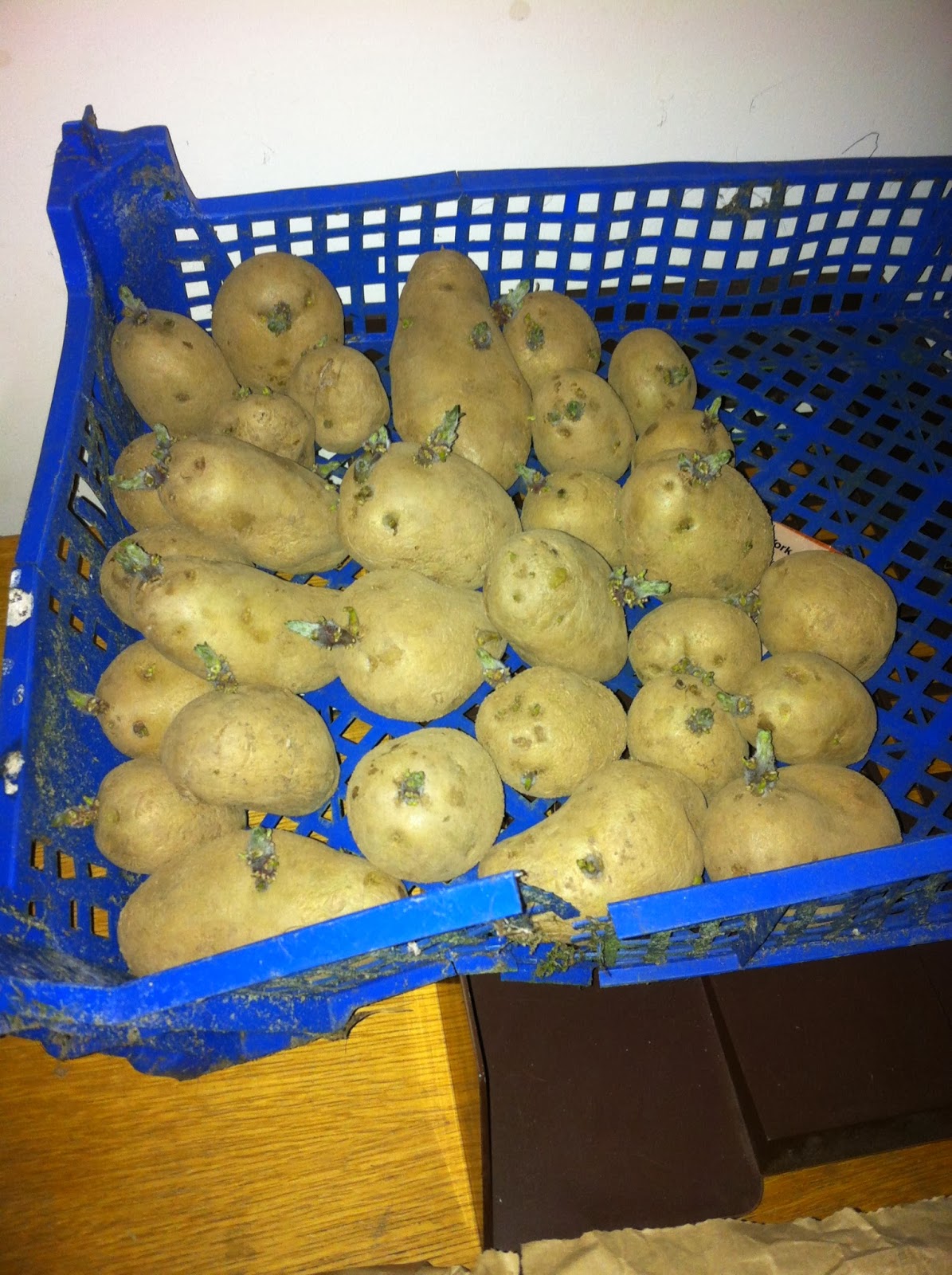 There is some school of thought that chitting is not necessary, in fact a warmer soil temperature will do more good, and therefore not age the potato prematurely.

Another idea is to rub off any more than two sprouts that appear, this then doesn't overwhelm or stress the tuber unnecessarily.  This tends to lead to less potatoes in number, but bigger tubers.

It's interesting to find out why these things are done, even if it's just to find out that that is the way it's done, end of story.  I'm looking forward to seeing the outcome of the chitted tubers versus the only a week old chitted tubers, yield and size. 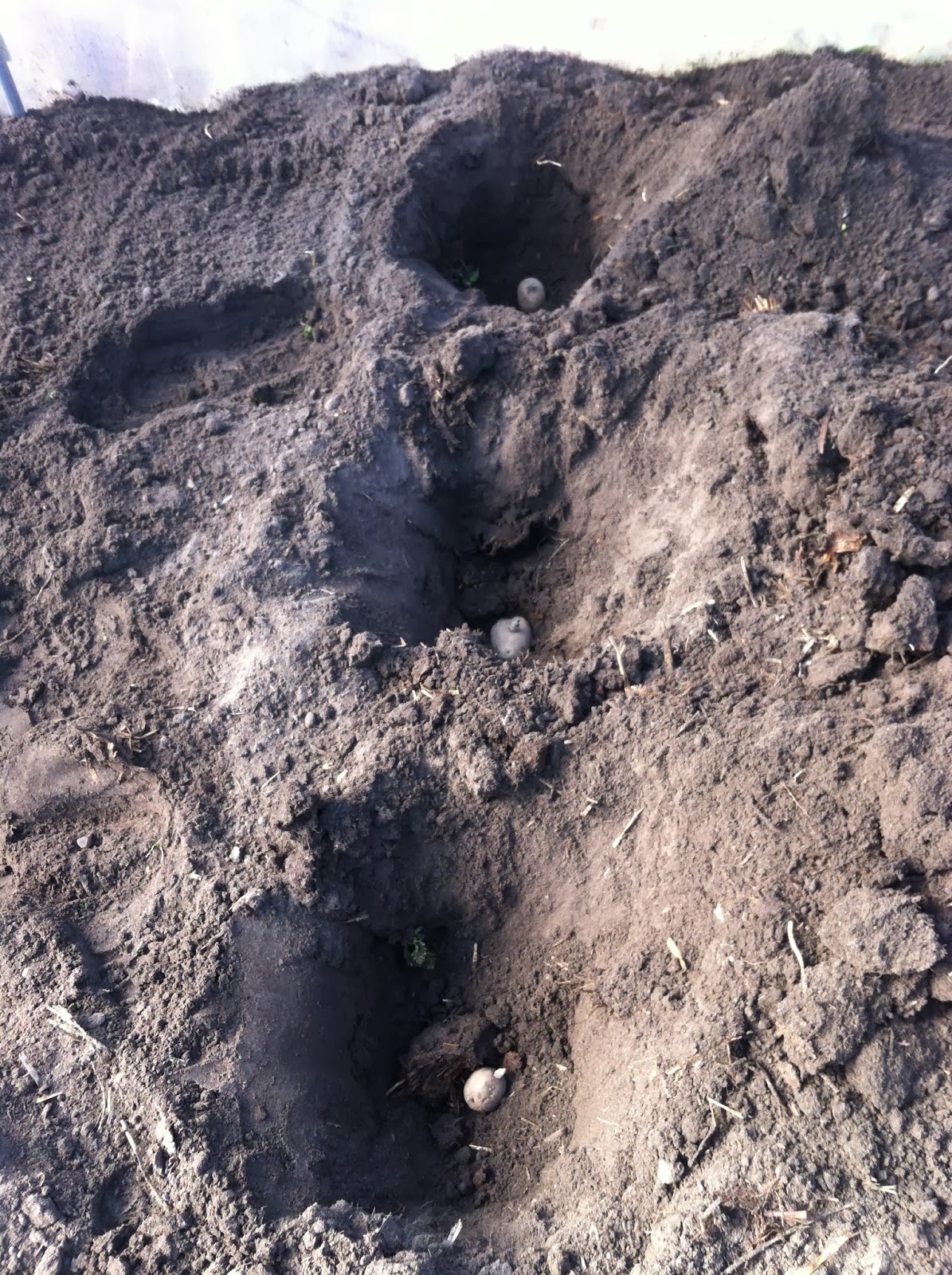 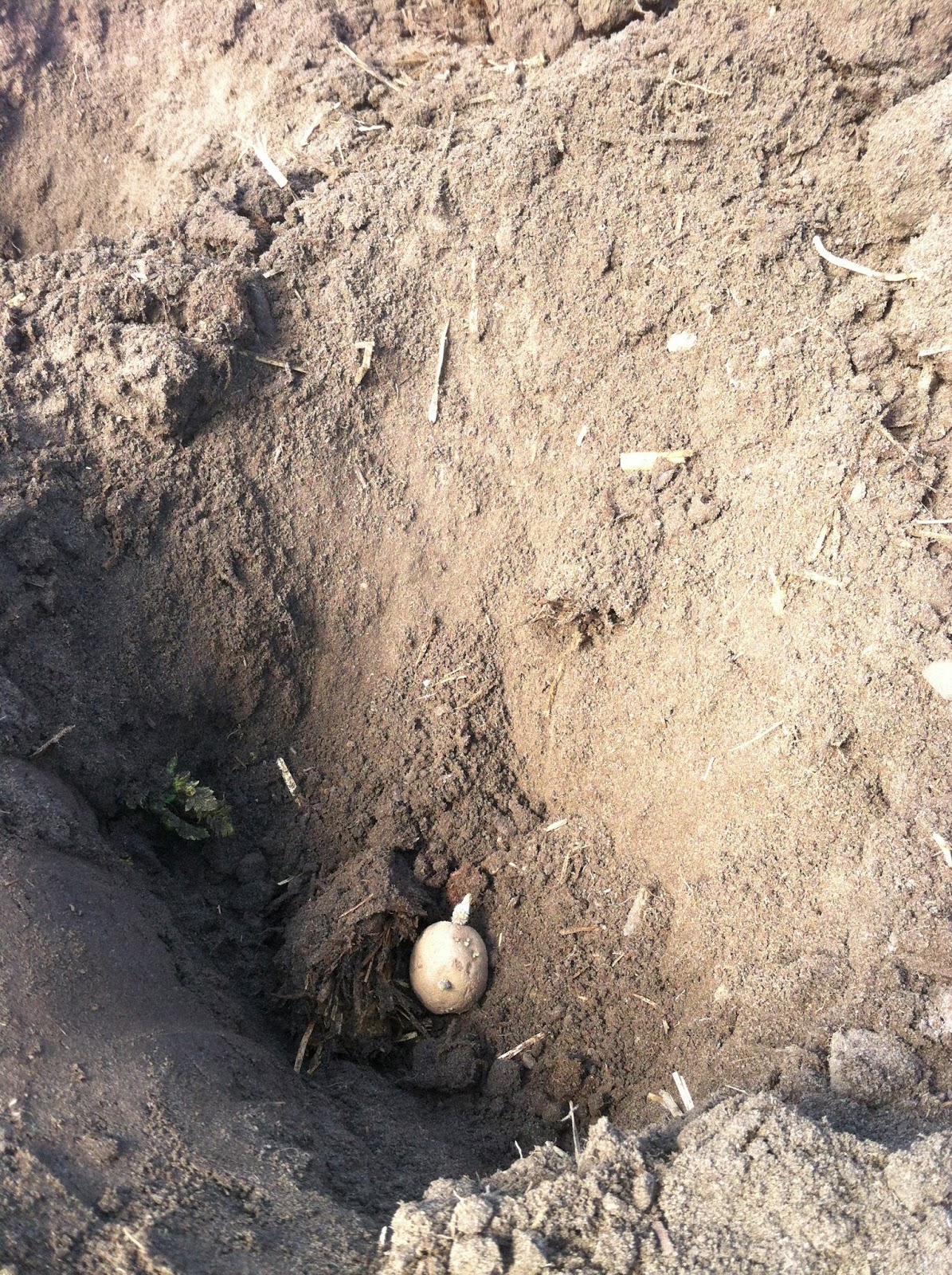 Will keep you informed when we start to harvest as to yields etc.